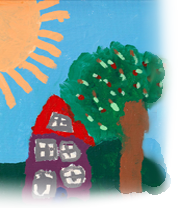 ..and where does Morquio B fit in?

MPS or Mucopolysaccharidoses is one of approximately 50 conditions that are included in the group of conditions called Lysosomal Storage Disease. This is a family of rare and devastating genetic disorders that affect many people – mostly children – around the world. At least once every half an hour a child is born with Lysosomal Disease. There is no cure.*

Morquio Syndrome Type B or MPS IV B is one of approximately 13 disorders within the group of MPS disease.  MPS manifests itself in  varying degrees. Children who are severely affected might not live past 2 years of age – others will live into adulthood.

In simple terms, we are given two copies of each gene – one from our mother and one from our father. This is nature’s way of making sure that if one defective gene is inherited from one parent the other will take over and give us a healthy body. When two people who have one defective and one good copy of the same gene have a child together they have a 25% chance of passing on both bad copies of that gene to their child. If this does happen, their child will be born with a body that may not form properly, and may not function properly.

MPS is a ‘storage disease’.  People who have MPS are not able to produce, or do not produce enough of an enzyme they need to break down unwanted substances in their bodies. Without this enzyme, these substances are stored in their bodies and, over time, the condition will get worse.

MPS can cause any or all of the following problems:

Dementia, deafness and/or blindness, short stature, carpal tunnel, thickening of the heart valves, tightening or loosening of muscles/ligaments, enlarging of the liver and spleen, movement disorders, and bones that grow abnormally as well as other problems that may arise as children grow.

The greatest danger to a person with Morquio Syndrome is that the bone that anchors their skull to their spine is sometimes shorter or non-existent, and has a ‘sloppy’ fit into the spine.

As the disease progresses the waste material stores on their ligaments and tendons making them looser. This can, in time, allow their bones to slip. Any small trauma to their neck could easily cause children with Morquio Syndrome to become paralyzed or could cause death.

Children with Morquio Syndrome usually have to have fusion surgery to repair this problem. They may also have to have hip replacements, some spinal disc fusion, knee replacement, ankle replacement or fusion, and other major bone surgeries.